DiscoverCity is a project I have been involved in for almost two years now. It all started in 2012, when I and a group of international students won the first place at the National City Branding Competition of the Youth Goodwill Ambassador programme for a city guide on Aarhus. Juraj Pal, a Slovakian Business student, took the idea then one step further. Collected some strong partnerships in Aarhus and here we are today! On April 30th, our initial idea was launched during the Internet Week Denmark.

Read all about it in our following press release.

During the Internet Week Denmark, a young team of international students launched their startup DiscoverCity, a unique platform designed for students to discover and share the best – but yet unexplored – places in Aarhus. The Mayor of Aarhus, Jacob Bundsgaard, congratulated the young team of entrepreneurs to their successful launch. 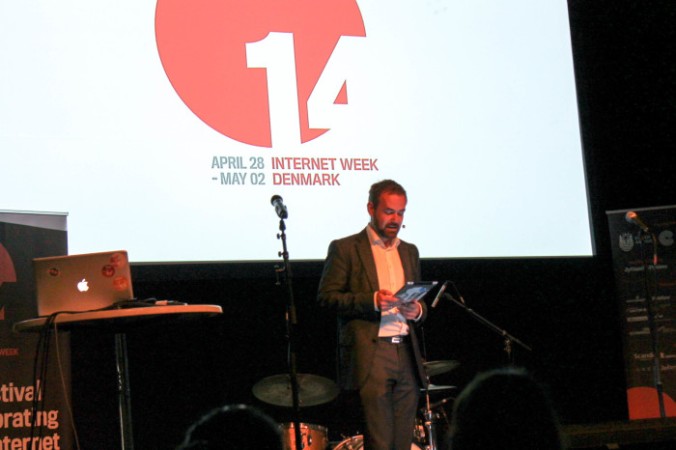 After months of hard work in a team of young international students, Co-Founder & CEO Juraj Pal presented the new online platform for students in Aarhus. “DiscoverCity is simple, visual, interactive and personal”, he said during the launch event on April 30th at Ridehuset in Aarhus in front of around 200 internet savvy people. “We are still in the process of improving and building the web page in terms of usability and offers. So it is worth checking it out more often”, he said. Furthermore, the team already plans to expand the platform on a national level given its fine scalability opportunities.

DiscoverCity is a website designed by students for students. Based on a map view, a user can choose between different categories such as Food, Study, Nature, Culture, Fun, Sport and Shops, all organised in a clean and easy-to-navigate design. Recommendations by other users will offer the most hidden – but also the best – insights on where to go or what to do.

An idea that grew

The idea has been developed by a team of six international students, Youth Goodwill Ambassadors of Denmark, for the National City Branding Competition held in November 2012 in Copenhagen. Ulla Gjørling, International Director at Aarhus University and one of the jury members of this competition, remembers: “There was no doubt in the minds of the jurors – the website presented by the students from Aarhus University was by far the best idea and the most professional contribution to that years’ context.”

DiscoverCity Launch event during the Internet.

Having won the first place for this contest of promoting Aarhus and Denmark as a whole, the young team was spurred to further develop the idea. DiscoverCity has been able to establish a strong structure of partnerships including Aarhus Kommune, Aarhus University and Youth Goodwill Ambassadors of Denmark (Copenhagen Capacity), allowing the team to design and develop the website.

Working together with businesses

Students are invited to add their favourite places and thus co-create the value and share their discoveries with their network. Users can also benefit from exclusive offers, promotions, deals and discounts with restaurants, bars and cafés that will be further developed in the upcoming weeks. The first-ever restaurant that offered such a special deal was Langhoff & Juul, who gave away a free dinner for two persons as part of a competition on DiscoverCity’s social media channels. “There truly has been missing a good digital platform to guide to all the wonderful experiences that Aarhus has to offer. And we are delighted to be the very first one on that list of memorable experiences!”, said Dorte R. Ballermann from Langhoff & Juul.

Jacob Bundsgaard, Mayor of Aarhus, also recognised the benefits for students and young people that DiscoverCity offers. “I am sure a lot of new students will turn to this website when they first arrive in Aarhus”, he said during the Internet Pioneer Awards held after the launch. In order to help the audience understand the idea, he showed the new promotional video of DiscoverCity produced by Gaffa Media.

Written by Katharina Frick, journalism student and Co-Founder of DiscoverCity

Check out our promotional video!

Discover the unexplored from DiscoverCity on Vimeo.